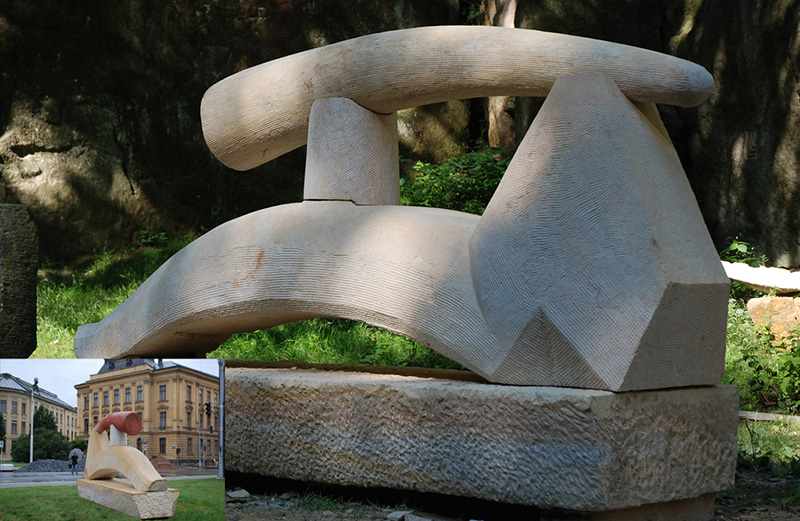 Not Primitive
Back to Gallery

Not Primitive was created in the summer of 2007 in the town of Horice in the Czech Republic. The 12 ton sandstone sculpture is loosely based on a west coast First Nations rattle that resides in the University of British Columbia’s Museum of Anthropology.

The rattle has the figure of a frog sitting on a man’s chest, its long tongue entering his chest as a way of imparting knowledge. Hildebrand’s intense interest in First Nations west coast art hugely influence the sculpture.

It is currently residing in a town square in Hradec Kralove.