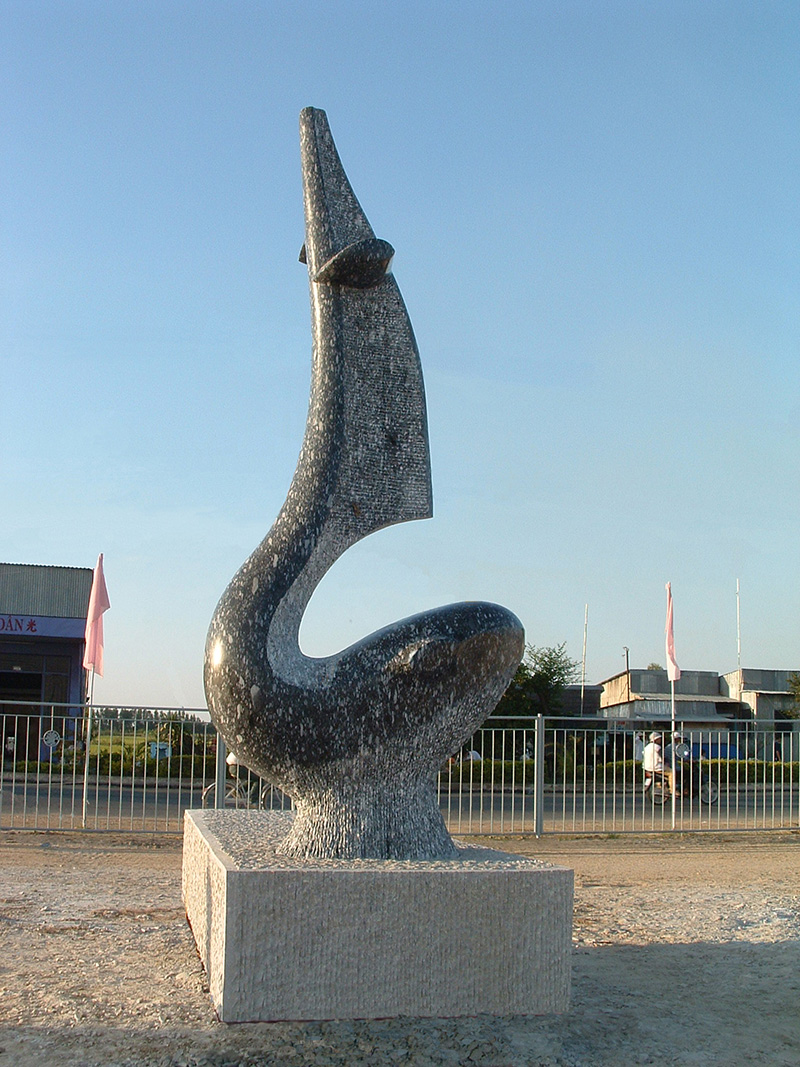 Water
Back to Gallery

I was invited for the first time to Vietnam to create a sculpture that would be placed in the Nui Sam International Sculpture Park. The sculpture Water was a combination of references to aquatic creatures and the legendary Naga (Naga is a Sanskrit word meaning ‘snake’, ‘serpent’ or ‘cobra’).

In Hindu, Buddhist and Jain mythology, a naga is a half serpent and half human, semi-divine creature. According to the legend, the nagas once inhabited Earth, but became too numerous. Lord Brahma sent them to a luxurious underworld kingdom where they guard treasures and palaces. Although potentially dangerous, they were ordered to bite only those who were evil or who were destined to die.

At a total of 7 tons, carved of marble and granite, it also acts as a sundial casting a shadow directly at the granite base on the noon hour.